AUR Helpers, what they are, and what do they do? 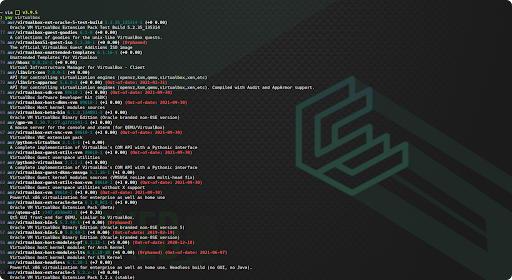 Before knowing what are AUR Helpers, its's important to know what is the AUR

It is a community-driven repository for Arch-based Linux distributions users. It contains package descriptions named PKGBUILDs that allow you to compile a package from source with makepkg and then install it via pacman (package manager in Arch Linux).

The AUR was created to organize and share new packages from the community and to help accelerate popular packages’ inclusion into the community repository.

A good number of new packages that enter the official repositories start in the AUR. In the AUR, users are able to contribute their own package builds (PKGBUILD and related files).

You, as an individual, can upload any package in the AUR. In the AUR people have the ability to see the PKGBUILDs and review them for checking their validity. You can vote a package corrupt or out-of-date and it will be soon removed from the AUR

It is true that anyone can upload packages to the AUR but the Trusted Users (TUs) are charged with keeping an eye on what gets uploaded. Although TUs perform quality control to the uploaded packages, there is in no guarantee that packages in the AUR are well formed or not malicious.

In practice the AUR seems to be quite safe but in theory it can do some damage, but only if you are not careful. A smart Arch user, always inspects PKGBUILDs and *.install files when building packages from the AUR.

AUR Helpers are an easier way to access packages in the AUR, casually we install packages from AUR in following way.

First, we need to install some dependencies:

For installing the package brave-bin from the AUR:

A Guide To ISO Building - CalinixOS

How to get Virtualbox working on Calinix/Arch Linux